Is that video embedded? I have no idea. Anyways.... since I have holiday time, what better opportunity to remind myself how long animation takes? Video is a work in progress obviously. Kinda fun to relive what life was like before motion tweens. Like going camping! And in addition here's some doodles. Many attributed to the new drawing topic "mer-people." Oh yeah and I'm getting closer to the kid companion for my magician character. My goodness do I ever actually finish anything? Not this week! I'm going to Las Vegas! See Y'all later! 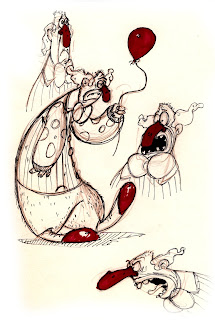 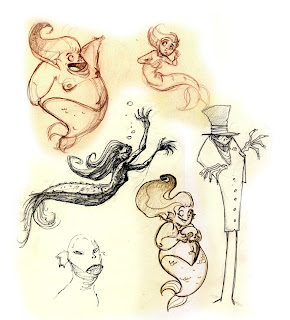 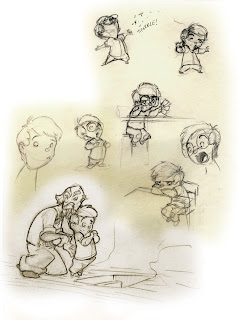 Posted by Sean Covernton at 2:41 AM 6 comments: 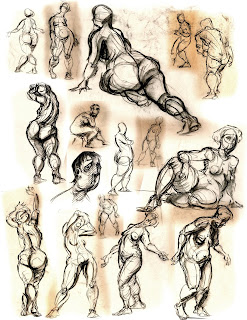 If all goes according to plan. What plan? THE plan. Oh and apparently I have de

veloped a "Butterscotch Problem"
Posted by Sean Covernton at 2:22 AM 8 comments: 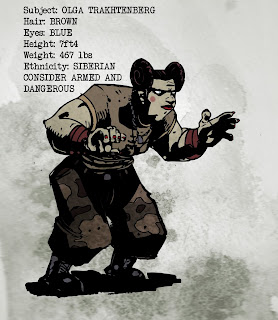 In this case she's the Hired Muscle. Olga Trakhtenberg used to wrestle professionally until it was discovered that she was female at which point she found more lucrative employment as a thug-for-hire.

MAN did I ever do a lot of drawing attempts at this bond-villain thing. So hard to find something that wasn't generic but still fit. Even now this is a little bit outlandish but... well hell Oddjob's flying hat was pretty damn weird. Anyways, more drawings later.
Posted by Sean Covernton at 3:21 PM 6 comments:

Injection of life into neglected blog 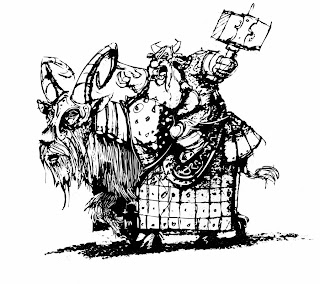 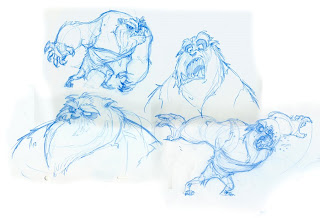 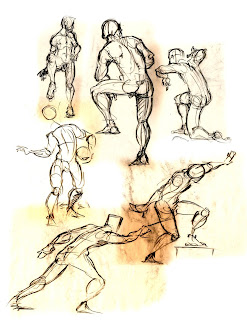 blah blah excuses blah blah busy. Anyways.... here's some new drawings. The beast-thing is my contribution to Sloth's Wolfman challenge. I wanted to do something that vaguely referenced the old Chaney werewolf but wasn't just a hairy guy. Also I didn't want it to be too wolfy because wolves have something of an elegant face. So the only remaining references to Chaney are the underbite and the straight nose ending in a black doggie nostrils. Life drawing is thrown up here to prove to the universe that I'm still going when time permits and the goat? Is that a goat? Well is used to be a goat. Another Sloth challenge. We added armour to "something" and decided on goat. So I drew a goat and then tacked armour on but it looked like crap so I redrew it without really caring whether it was a goat. So it's kind of a muppetty schnauzer goat being ridden by a dwarf. Coming up on some spare time. There shall be drawings!
Posted by Sean Covernton at 1:03 AM 9 comments: