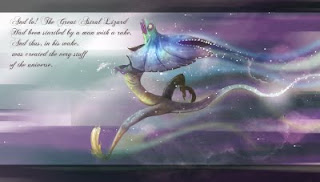 Yeah this... is not what I started out drawing. Then I went little bananas colouring. 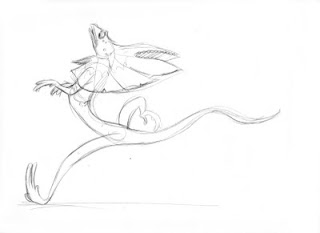 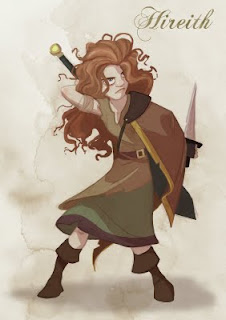 Maybe. Young Master Gillen is looking to take up the reins as Dungeon Master (NERD!) and so I'm all excited to be able to design a character again to simply play as! So this is Hireith. No she's not based on the girl from Brave. Yes she's based on Osha from Game of Thrones. Yes, her name is the only word I know in Welsh which I know entirely because it was explained in an episode of Are You Being Served when they're rehearsing a tribute to Young Mr. Grace for his birthday. Also the number Mr. Rumbold calls to tell the lady that they've found her missing diamonds is 965-0721. Which also proves that at some point telephone numbers in the UK weren't always forty six numbers long. Why am I even still typing?

Also, hey, Blog, why is "&" not allowed in the blog labels? Bad form, old bean. Bad form. This is exactly the sort of thing that made it impossible in days gone by to hunt down a decent recording of the A&W Root Bear theme.
Posted by Sean Covernton at 12:29 AM No comments: 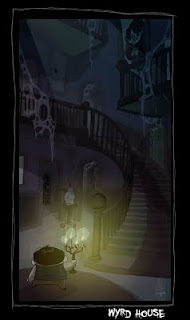 Once upon a time, on a hill with one road, there stood an old house with one window and one door. One gloomy autumn day one strange little boy inherited the unusual house and learned that, locked behind the one door and shuttered behind the one window, there were a lifetime of secrets.
Posted by Sean Covernton at 2:52 PM 2 comments: 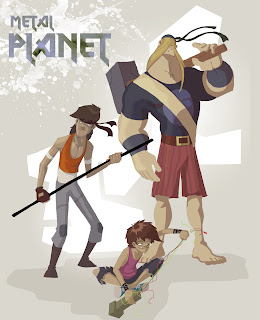 Hey! I've been working on a pitch now for about a month and this isn't it. This is a second pitch that I started working at on Friday night due to a sudden unexpected burst of inspiration. Thanks, Iron Savior!
Posted by Sean Covernton at 10:41 PM 1 comment: