This is the idea for a new thing I'm pitching to Studio B. I was surprised they showed any interest in it since it's geared to a Teletoon late night audience. Well we'll see how far the idea gets. Go, Daniel Rook, Go!
Posted by Sean Covernton at 9:29 PM 16 comments: 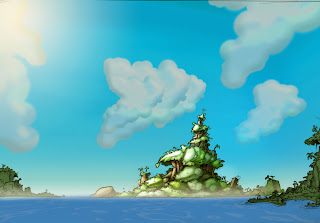 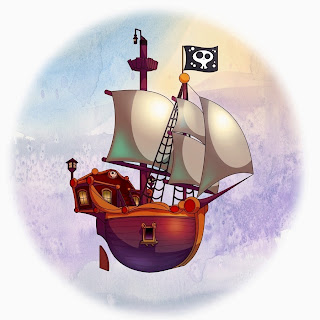 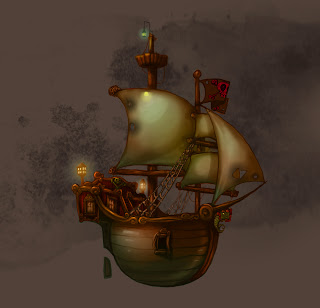 Wow... busy February. I put my lack of posting down to working two jobs which has obliterated my time for doing personal work and then a week ago I went in for minor surgery which more or less laid me out for a week. But I did manage to get some personal stuff done and will hopefully post it as I get it more finished. But in the meantime... I got the thumbs up for posting some of the concept art that I've been doing. Pirate Ships! Whoo!

I forgot that i meant to add this island thing. It's actually a screenshot of our stock sky BG that I sketched some islands on top of as a test. I rendered out the main one and thought it was kinda cool. So here it is. Arr.
Posted by Sean Covernton at 12:16 PM 9 comments:

I don't really understand why February is Vampire Season. It just is apparently. Whoo! Vampires!
Posted by Sean Covernton at 8:21 PM 10 comments: